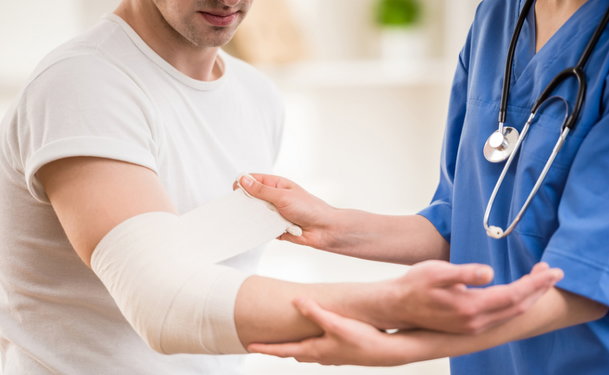 Partial thickness burns can be caused by heat, friction, electricity, light, radiation or chemicals. According to the American Burn Association, the majority of burns are a direct result of fire or flame, followed by scalds.

In addition to depth, all burns are classified by severity, such as major, moderate and minor, based upon a number of factors:

Deep partial thickness burns extend deeply into the second layer of skin and can quickly evolve into a full thickness (or third degree) burn. Symptoms include:

Children are at great risk for burns, as are individuals in high-risk job categories such as:

Partial thickness burns are serious and should be treated by a health care professional immediately. First aid that can be administered prior to medical treatment includes:

A health care professional can evaluate the proper bandage needed and if further treatment is required. Depending on the location and size of the burn, additional treatments may include:

Safety measures in the home and on the job are important steps to preventing burns. The following actions can help prevent burn injuries: