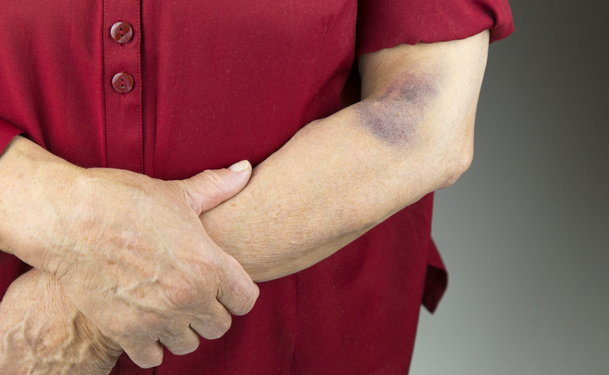 Soft tissue radionecrosis (STRN) refers to the death (necrosi) of soft tissues as a result of exposure to ionizing radiation. It is a counterpart of osteoradionecrosis, which is the death of bone tissue due to radiation.

As the name suggests, exposure to radiation is the cause of soft tissue radionecrosis. Upon exposure to radiation, the tissue starts to become damaged and results in the proliferation of cells lining the small arteries and capillaries (proliferative endarteritis). When this happens, blood flow to the tissues decreases, because the blood cannot travel effectively through these arteries. This leads to progressive ischemia (lack of oxygen and nutrients) of the affected tissues. These tissues, though damaged, can still survive. However, the appearance of an inciting agent, such as trauma or infection, causes the tissues to die. The surrounding area (not exposed to radiation) may also exhibit some form of damage.

In cases of soft tissue radionecrosis,the damage caused by the radiation primarily affects the blood vessels. Aside from adequate nutritional and medical support, hyperbaric oxygen therapy (HBOT) is indicated for the treatment of this condition. Hyperbaric oxygen therapy is able to stimulate new blood vessels to grow (angiogenesis), which restores the blood supply to the affected area. This results in the restoration of the normal processes in wound healing. In addition to angiogenesis, the increased amount of oxygen (oxygen tension) in the wound stimulates the growth and proliferation of the fibroblasts and increases production of collagen.

Hyperbaric oxygen therapy for this condition involves repeated treatment sessions, which may include 40 sessions or more. There are several stages of healing during hyperbaric oxygen therapy for this condition. The lag phase is characterized by the initial growth of capillaries and collagen production, which lasts until the 8th session of HBOT. At this phase, the oxygen content in the wound is not yet optimal because the blood flow is not yet fully established. The growth phase occurs between the 18th and 23rd sessions, and is marked by the visible appearance of blood vessels and continued collagen production. The plateau phase is characterized by the full, permanent growth of the blood vessels.