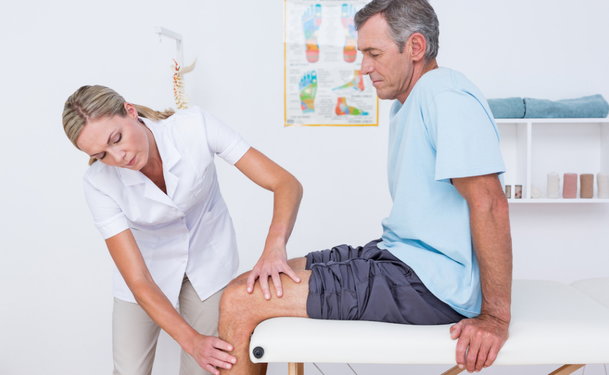 A nerve conduction study (NCS) is used to determine electrical conduction within motor and sensory nerves, essentially determining the functionality of nervous impulses throughout the body. The nervous system is responsible for receiving impulses, interpreting them, and then transmitting them through the body. This process results in the normal function and movement.

While there are certain medical conditions that might initially be suspected based on symptoms alone, a nerve conduction study (NCS) can be used to definitively prove a diagnosis or at least provide supporting medical evidence for the suspected condition, including:

A nerve conduction study (NCS) is done by placing electrodes over various muscles of the body, most commonly the arms and legs. These electrodes are actually filters which have the ability to distinguish between other bodily electrical impulses and nervous impulses. A small amount of electrical current is then sent through these electrodes to stimulate the nerve. Because not all points within a nerve actually conduct electricity at the same rate, technicians generally place several electrodes over various points of the same nerve. This way, the true electrical impulse and response of the nerve can be captured. Once the nerve is stimulated, it produces a signal which is interpreted by the electrodes and sent to the computer for evaluation. After this information has been received, it can be analyzed for nervous function.

On average, a normal nerve conduction study (NCS) yields a signal transmission time of between 35 and 60 meters per second, but other factors must also be considered in order to determine the overall functioning of the nerve, including latency and amplitude. Latency is described as the response time from the nerve after stimulation. In a damaged nerve, it will take longer for the complete stimulation and transmission process to occur. Amplitude essentially measures the power of the electrical signal by evaluating the distance between the peak of the first electrical wave and the low point of the next wave.

When the results of a nerve conduction study (NCS) are abnormal, it means that some sort of nerve damage has occurred. Depending upon the individual results, this may represent a conduction block, where the interception or response of the impulse is either blocked or delayed due to phenomenon within the path of the nerve, or demyelination, where the protective sheath surrounding the nerve is damaged.

Nerve Studies
Electromyography
Wound Pain: How to Manage It